The MPI 25 and 50 Burglar/ fire panel by the former Moose Products Inc.
In the 80's they where known as the work horse of the security industry many thousands where installed they where so good I installed well over 100 of them and have since replaced every one of them because there is a secret flaw in these panels I discovered one night when trying to figure out why a MPI 50 panel I installed at a Super Market in Bethel Park Pa. kept disarming by it self.
It ends up we traced it to the on board auxilary power supply when we discovered a wire going to a motion sensor was abraded and when we bumped the wire the panel disarmed when the panel was armed a short across the aux power terminals would cause the panel to automatically disarm. We saw this same problem with the 725C panels which came out after the 25-50 series as well the 725 only stayed on the market for a year when the z1100 came out another excellent panel Needless to say I notified Moose which at that point had been bought and resold several times and they where of the opinion that the panels where old enough that they should be replaced with a newer product as they where no longer making the 25 or 50 how ever they never ever told the installers and dealers about the problem which a few years earlier ended up with me being sued because a system failed which at time we could not explain how it had happened. Needless to say I was not very happy with Moose's explanation and after that and never again bought there product especially in the light of the fact it had been bought and resold how many times in 10 years time and is now out of business when GE bought the line. But despite the fact this flaw exists there are still hundreds of these panels still being used in homes and business who do not want to upgrade there systems and who could end up paying the price for it.
If you still have one of these panels and are using it you have been warned.
Posted by Nick Markowitz Jr. at 9:13 PM 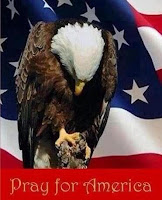 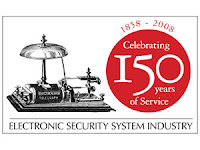 Trade Magazines I Read and recomend

Follow some of the following links for additional information 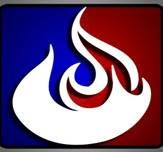 Welcome to the Blog

-----------------------------------
The purpose of this blog is to provide comment and information on a wide variety of issues relating to Fire, Security, Electrical, Safety,Communications , Good Trade Practice and Consumer Issues References will be provided using National Electric Code (NEC) , National Fire Protection Assoc.( NFPA) , ICC , ADA as well as other code sets where necessary.

Disclaimer : All due care is taken to provide true and accurate information. However always call and check with a professional before acting on anything your read in this Blog as changes are always happening with Codes,Standards and Regulations. This information is for general knowledge on a subject and should not be relied on.

Nick Markowitz is a Trade Writer, an Electrician and an expert in the Security and Life Safety Markets. With over 35 years experience. Here in his personal blog you will find helpful technical tips as well as personal comments and life experiences. Nick has over 1500 articles he has published in many different magazines ,websites newspapers and other media on many different subjects


Your comments and suggestions are welcome. To send Nick a comment or question, either leave a comment on this website or send an email to nick@tpromo.com. or

If you wish to use any of the articles please email me as I often share them with not for profit organizations for there news letters .